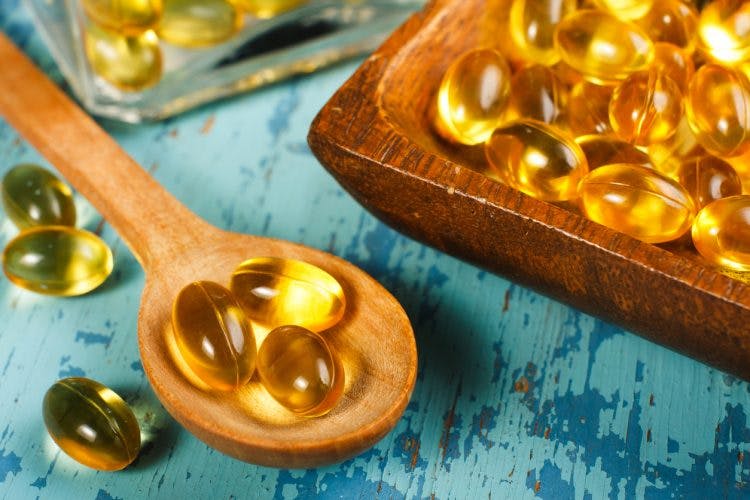 You’re about to learn the many health benefits of fish oil therapy for brain injury patients. You’ll also learn what to look for when buying fish oil supplements. Let’s get started!

To understand how fish oil can help mitigate the effects of brain injury, let’s examine what happens to the brain during a traumatic injury.

After a sudden impact to the skull, the delicate balance of ions and chemicals in the brain are altered. This imbalance causes, among other things, the overproduction of free radicals.

Free radicals are unstable molecules that have one or more unpaired electrons. When these free radicals interact with brain cells, they trigger a phenomenon known as oxidative stress.

Oxidative stress damages the structure of brain cells and causes inflammation and even cell death. This leads to many of the symptoms associated with brain injury, since the brain cells are damaged and can no longer function properly.

In a healthy person, the brain would produce antioxidants to counter the effects of oxidative stress. But after an injury, the brain cannot produce enough to protect itself.

Fortunately, fish oil has many neuroprotective benefits that can control these effects and reduce the damage inflammation causes.

The primary component of fish oil, the part that matters most for brain health, is omega-3 fatty acid.

Unlike most fats, omega-3 fatty acids are not stored as extra energy, but are used directly in important bodily processes, including brain function.

Your brain is composed of about 60% fat, and nearly half of that fat is omega-3. This makes omega-3 one of the best sources of fuel for the brain.

There are two main types of omega-3 fatty acids:

ALA (alpha-linolenic acid) is the type of omega-3 found in many plants. Unfortunately, the human body can’t absorb ALA without converting it into EPA or DHA. However, this conversion is inefficient, and most ALA ends up being stored as body fat.

The long-chain acids are the ones contained in fish oil. They are also more easily absorbed by the body and therefore are more useful for the brain.

Benefits of Omega-3 for Brain Injury

Omega-3 plays a huge role in reducing the inflammation response that occurs in the brain as a result of free radicals.

The EPA and DHA acids trigger the production of molecules called protectins and resolvins, which restore brain tissue and protect it from oxidative stress.

One of the main components in brain cell membranes is omega-3, and when you don’t get enough omega-3 in your diet, the cells can deteriorate.

When you do consume enough, however, the cell membrane is preserved, and the cells can communicate with each other easier.

This allows the brain to work faster, which leads to a boost in cognitive function.

In fact, in one placebo-controlled study, patients who took 2000 mg of omega-3 fish oil per day performed significantly better on cognitive tests than those who did not take omega-3. They especially showed improvements in executive function and memory, two areas that brain injury patients particularly struggle with.

Finally, omega-3 helps boost the level of BDNF in the brain.

BDNF is one of the most important proteins found in the brain. It acts as a neurotrophic growth factor, meaning it helps trigger the production of new brain cells.

This has huge implications for brain injury recovery since growing new neurons can drastically improve a person’s cognitive function.

But that’s not the only thing BDNF does. It also serves as a neurotransmitter, which means it increases the speed at which neurons send messages to each other.

All this makes fish oil an excellent supplement for brain injury patients.

How to Get the Most Benefits from Fish Oil

The benefits you can get from fish oil depend on a few factors. One of these factors is your diet.

That’s because there is another type of fatty acid that is found in many of the processed foods that we consume in a western diet. This acid, called omega-6, is a pro-inflammatory, and it has the opposite effect on the brain that omega-3 does.

Omega-6 is still essential for your health, but too much can cancel out omega-3’s benefits.

To get the most health benefits, the ratio of omega-6 to omega-3 should be 1:1. Scientists estimate that most people in western, developed nations consume a ratio of about 16:1.

As you can imagine, this excessive amount of omega-6 essentially counteracts whatever good omega-3 can do. That’s why it’s crucial to lower your intake of omega-6 before taking fish oil.

The vast majority of omega-6 in our diet comes from processed seed and vegetable oils. These include:

Therefore, you’ll want to avoid using those oils when cooking, or eating processed food that contains them.

As an alternative to those oils, you can use cooking oils which have a lower ratio of omega-6, such as:

When you lower your omega-6 consumption, the omega-3 you get from fish oil will have a much more noticeable effect.

How Much Fish Oil Should You Take?

The dosage you take will make a difference in how many benefits you see from fish oil.

In general, the more milligrams you take, the better the results. Still, there is a limit. The recommended dose for EPA and DHA combined is about 500 mg. However, when shopping for fish oil, keep in mind that most brands will mix in other ingredients.

This means that just because the label on a bottle says it has 1200 mg of fish oil inside doesn’t mean it contains that many milligrams of omega-3, which is the most crucial part.

That’s why you should always read the ingredients and see how many grams of EPA and DHA each capsule holds. Try to use brands that contain at least 400 mgs of EPA and DHA.

You should also avoid fish oil capsules that tastes fishy. If a capsule has too strong of a flavor, that means the oil has turned rancid, and will not be as effective.

Fish oil can be a great supplement to use to help increase the amount of omega-3 in your diet.

The more omega-3 you consume, the more your brain can generate new brain cells and improve communication between neurons.

We hope this article inspires you to give fish oil a try and boost your brain injury recovery.