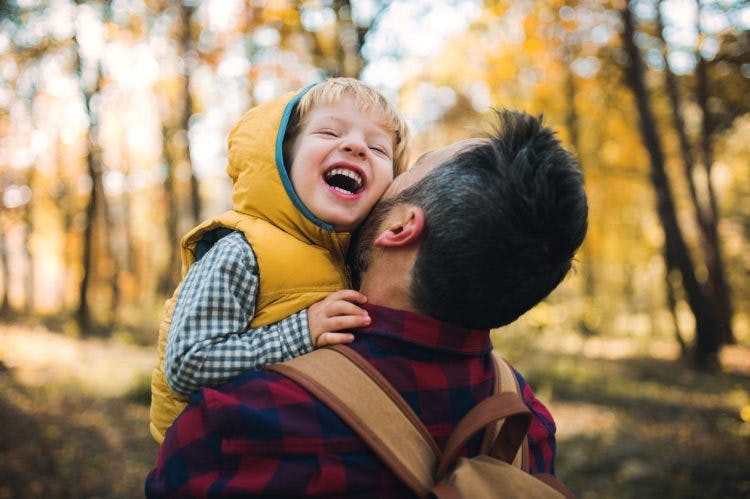 Wondering what some of the most common signs of cerebral palsy in toddlers (1-3 year olds) are?

Most cases of cerebral palsy are diagnosed by the time the child reaches 2 years of age.

However, milder cases of cerebral palsy may not be diagnosed until the child is 4 or 5 years old.

Signs of Cerebral Palsy in Toddlers

By the time a child reaches their toddler years, a doctor can diagnose them with cerebral palsy with more certainty than if the child were under a year old.

Around this age, children should begin communicating and walking, and developmental delays start to become more worrisome.

Cerebral palsy can affect the muscles of one limb, one side of the body, primarily the legs, or the entire body.

It can also range from mild to severe and be experienced completely differently based on the individual.

Some of the most common signs of cerebral palsy in toddlers include:

Movement is caused by the contracting and relaxing of our muscles. If muscles are continuously contracted or relaxed, movement patterns change and are often less coordinated.

Spastic cerebral palsy is the most common type of CP, and it’s characterized by high muscle tone.

Toddlers with dyskinetic cerebral palsy will experience fluctuations between both high and low muscle tone, which can make it appear as if they are always moving.

Generally, those with only low muscle tone will have ataxic cerebral palsy.

By 18 months, your child should be able to walk, or at least have started taking their first steps.

If you notice characteristics like tiptoeing, foot-dragging, and toes facing inward or outwards in your child’s walk, it may be a sign of high muscle tone in the legs.

Uneven muscle pull due to spasticity can cause people with cerebral palsy to develop abnormal walking patterns.

Children who struggle with balance may walk with their feet spread far apart because it creates a more stable base and will prevent them from falling.

By 2 years old, your child should be piecing words together.

If you notice significantly delayed responses, poor pronunciation, stuttering, or jumbled speech, your child may have difficulties controlling the muscles in their mouth.

If your child struggles to breathe in between words or has nasally speech, this may also be a sign of cerebral palsy.

If you notice that your toddler has trouble with eating or drinking, it may not be out of choice.

Oral motor impairments can affect a child’s ability to open their mouths, chew, and swallow.

Poor feeding is one of the easier symptoms to spot, and once you do, be sure to seek a medical professional to avoid putting your child at risk of malnutrition or dehydration.

Children with oral motor impairments may need to get a feeding tube inserted into their stomachs to ensure that they’re getting enough nutrients.

Relatedly, even if a child is able to chew and swallow their foods well, difficulties with self-feeding, including trouble with grasping a utensil or cup and bringing it to the mouth, could be other signs of cerebral palsy.

If your child has difficulties grabbing and picking up small objects, using silverware, or holding up a pencil, they may have ataxic cerebral palsy.

This type of cerebral palsy is characterized by poor balance and coordination.

Furthermore, you may notice your child start shaking when they reach for an object. These are called intention tremors, and they make it challenging for children to perform tasks that require precision.

The Importance of Early Intervention

Early intervention can make a huge difference in a child’s development because children’s brains are more flexible and capable of learning new skills quicker than adult brains.

Although there is no cure for cerebral palsy, the brain damage will not get worse as your child matures. Children’s brains will continue to grow throughout the years, but the damage won’t.

However, symptoms of cerebral palsy like spasticity can progress over time and become more debilitating with age.

Therefore, early intervention is crucial for learning how to manage the symptoms of cerebral palsy and prevent them from worsening.

Many children who are identified as being at risk of cerebral palsy end up waiting until symptoms progress before starting therapy.

Instead, parents should proactively seek early intervention and get support as early as possible to ensure that poor habits are not developed and abnormal movement patterns are minimized.

If Your Toddler Shows Signs of Cerebral Palsy

Most children are diagnosed with cerebral palsy in their toddler years because this is when the majority of developmental milestones should be achieved.

For example, infants usually cannot walk, so an abnormal gait wouldn’t be noticed until they reach their toddler years.

If your toddler is showing any of the 5 signs of cerebral palsy mentioned above, speak with your child’s pediatrician for a professional opinion and diagnosis.

Many children with cerebral palsy grow up to live fulfilling, normal lives by learning to manage their symptoms.

The earlier you spot the signs of cerebral palsy, the earlier you can prevent abnormal movements from progressing and take advantage of the brain’s ability to rewire itself.

Photos from top to bottom: iStock/HalfpointSbytovaMN/KatarzynaBialasiewicz/scaliger 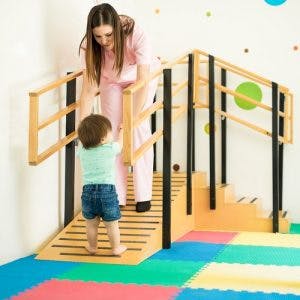 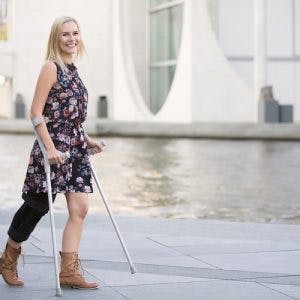 Cerebral Palsy in the Legs: What to Expect & How to Improve Your Gait 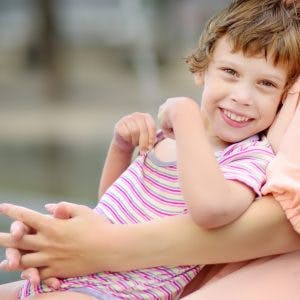 Dyskinetic CP: How It Affects the Body & Tips for Rehabilitation