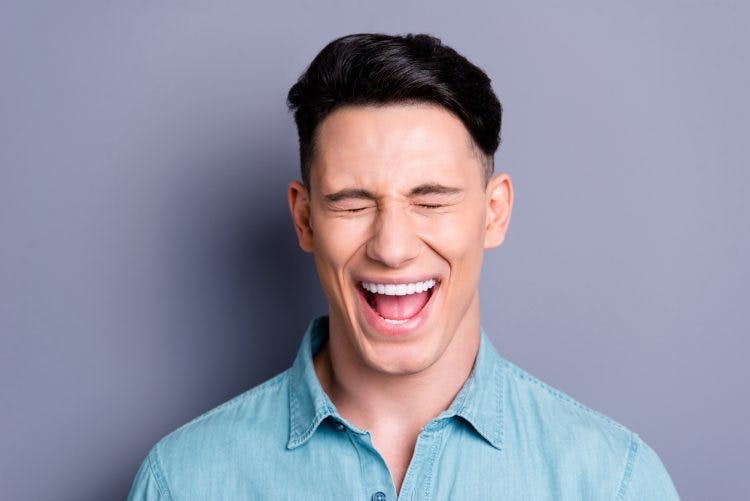 Disinhibition after brain injury is a common behavioral issue that occurs early in recovery. It refers to the loss of control over behavior and emotions.

Today’s article will explain the causes and signs of disinhibition after brain injury, plus how to help the person regain control.

Causes of Disinhibition After Brain Injury

Disinhibition refers to the inability to control inappropriate behaviors. It can cause risky behavior, poor decision-making, and disregard for social subtleties.

Unfortunately, disinhibition can lead to many problems, such as injuries and broken relationships.

Areas of the brain involved in regulating behavior include the gyrus rectus and the insula among others, both located in the frontal lobe. Damage to both of these areas is associated with greater disinhibition.

Disinhibition after brain injury is commonly seen during the fourth stage of brain injury recovery, which is frequently associated with post-traumatic amnesia.

Post-traumatic amnesia occurs immediately after the person emerges from a coma. During this time, the patient retains no memory of where or even who they are.

While in this disoriented state, the person will have almost no inhibition. When post-traumatic amnesia passes, most patients will regain at least some control of their behavior. But many will still struggle to control their impulses unless given proper treatment.

Signs of disinhibition after brain injury can range from laughing at inappropriate times to uncontrollable bursts of rage.

For example, some people will struggle with aggressive behavior, while others might seem excessively friendly to people they barely know.

Other common symptoms of disinhibition include:

While disinhibition after brain injury can cause serious problems, with the help of counseling, it is possible for a person to regain control of their most harmful behavior.

The best way to help brain injury patients regain control of their behavior is through practice. Because of the brain’s natural neuroplasticity, it is possible to regain almost any skill.

Therefore, when the person practices restraining their impulses, their brain will rewire neural connections until that behavior becomes more natural.

However, it can be challenging to teach patients to restrain their impulses, especially if they don’t even realize their actions are wrong. That’s where behavioral therapy comes in.

The following are some of the best types of therapy to help patients regain control of their actions after brain injury:

Applied behavioral analysis is one of the most researched and effective interventions for behavioral problems. It’s also been used successfully with brain injury patients with disinhibition.

The first principle of ABA involves helping patients learn skills through reinforcement. Most importantly, it teaches patients which actions are appropriate across various social settings and which are not.

Therapists also show their patients how to avoid unwanted behavior such as emotional outbursts.

This therapy is best suited for patients with severe cognitive disabilities or young children.

This therapy helps TBI survivors who don’t have severe cognitive difficulties, but who still struggle to control their behavior.

The goal of cognitive-behavioral therapy is to help a person understand their actions and find out what triggers them.

For example, maybe the person tends to dwell on sad emotions, which leads them to get more easily upset. Or maybe it’s something as simple as hunger that triggers their anger.

Whatever it is, once the patient identifies their triggers, the therapist will work with them to discover ways to cope with it in a healthy way.

Insight-oriented psychotherapy is like CBT, but instead of focusing on triggers, it addresses harmful beliefs.

The beliefs IOP addresses aren’t necessarily conscious, but they shape how you see the world and, as a result, they can affect your behavior.

For example, a therapist might help a patient discover that they believe people don’t like them because of their brain injury, which makes them more hostile to others.

Once the person discovers these beliefs, the therapist will teach them ways to replace negative thoughts with positive ones.

Combining insight therapy with behavioral therapy is often the most effective approach.

Medications for Disinhibition After Brain Injury

Sometimes the person’s behavior is so problematic that they are a danger to themselves and others.

While there are currently no drugs that directly address disinhibition, there are many meds that can treat harmful behaviors such as aggression.

Some of these medications include:

These drugs should only be used in extreme circumstances when therapy is not possible. As with all medications, do not give these meds to your loved one without your physician’s permission.

Disinhibition after brain injury can be difficult for family members and loved ones to deal with.

Try to remember that the person’s behavior is not their fault. Most likely, they do not really mean what they say or do. After all, all of us have unhealthy or rude impulses that our brains filter out, often without our knowledge.

Your loved one no longer has that filter, but that does not mean they actually believe the things they say to you. Think of it as a hiccup or a reflex; it doesn’t signify anything.

With enough time and therapy, your loved one should begin to regain control of their impulses. Until then, just stay patient and let them know that whatever happens, you will always be there for them. 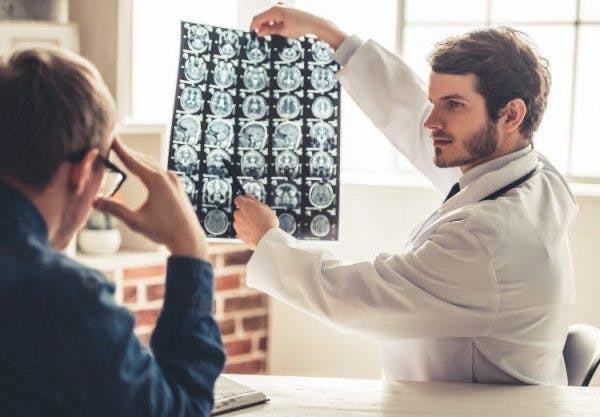 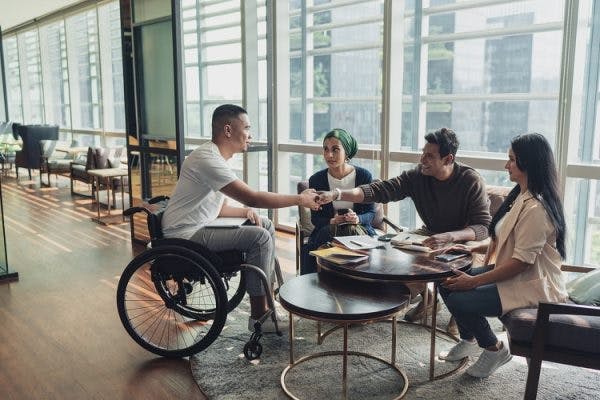 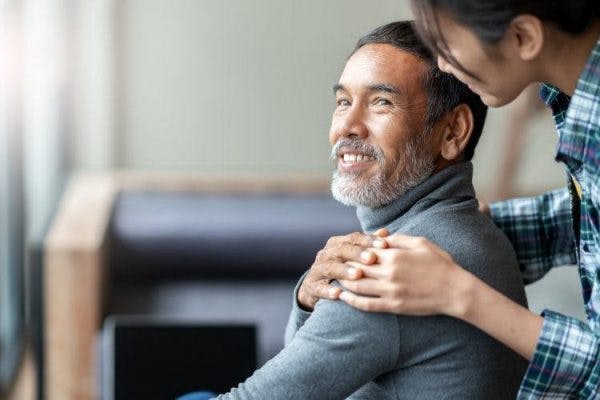