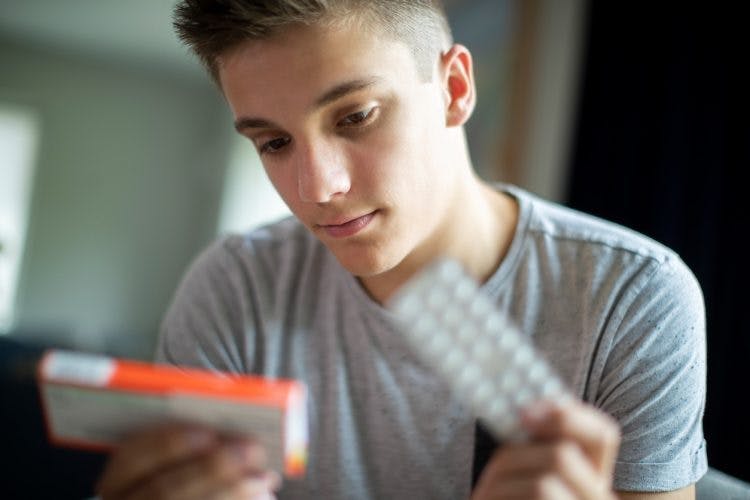 Gabapentin has been successfully used to treat some of the effects of brain damage. However, prolonged use can cause serious side effects.

Today you will learn more about the use of gabapentin for brain injury and what symptoms it can help relieve.

What Is Gabapentin Used For?

Gabapentin is an anticonvulsant medication primarily used to treat partial seizures and neuropathy.

It is also is one of the few drugs that can cross the blood-brain barrier and enter the central nervous system. It works by changing the way nerves send messages to the brain.

For people without brain damage, pain is detected in the following way:

These parts of the brain translate sensation into pain.

After a brain injury, however, this process can become distorted, depending on which part of the brain the injury damaged. As a result, your brain can get confused and think your body is being harmed when in reality it is not. This causes neuropathic pain.

Gabapentin works by suppressing the activity of pain nerves, which can help relieve pain. By calming down the nerves it can also reduce seizure frequency.

Pain and seizure management is the most common use for gabapentin after brain damage. But it has also been used successfully to treat autonomic dysfunction.

What Is Autonomic Dysfunction?

The autonomic nervous system is a network involving the amygdala, hypothalamus, and brain stem. It controls all involuntary bodily functions, such as:

The ANS has two distinct branches, each with its own purpose:

However, if an injury damages the parts of the brain that control this process, the parasympathetic nervous system cannot respond. As a result, the SNS will continue to put the body into a state of distress.

If the brain damage was severe, the brain will flood the body with adrenaline and other hormones. And if this goes on too long, storming after brain injury will occur.

Autonomic dysfunction can cause various side effects. Some of these include:

Thus, depending on how much of your ANS was damaged, you can experience one or all of these symptoms. Their effects can also range from mild to severe.

In addition, autonomic dysfunction, if left untreated for too long, can cause cardiac problems, including arrhythmias, arterial blockage, and heart attack.

Therefore, it is crucial to diagnose and treat autonomic dysfunction as soon as possible. Fortunately, gabapentin can relieve many of these symptoms

Recently, researchers have shown that gabapentin can effectively manage the effects of autonomic dysfunction, especially after severe brain damage.

In fact, it had a stronger effect than medications traditionally used to treat autonomic dysfunction. And because gabapentin also treats pain and seizures, it can allow an “overall reduction in medication without recurrence in symptoms.”

All of this makes gabapentin a promising drug for brain damage patients.

Side Effects of Gabapentin on Brain Injury

While gabapentin can be beneficial for brain injury patients, it does have serious potential side effects.

Some of the most common side effects of gabapentin include:

In addition, many brain injury patients heightened anxiety and restlessness when taking gabapentin. But this is more common in patients with cognitive impairments.

Gabapentin can be an effective treatment for many brain damage symptoms, especially neuropathy, seizures, and autonomic dysfunction.

We hope this article has given you a clearer picture of the benefits and risks of using gabapentin after brain injury.

11 Helpful Tips for Caring for Someone With Brain Injury