Ketogenic Diet for Cerebral Palsy: Does it Work?

Will your child benefit from a ketogenic diet for cerebral palsy?

Believe it or not, this diet has been around since the 1920s.

In fact, it was originally created to help control seizures in children with epilepsy.

This article will weigh out the pros and cons of a ketogenic diet for children with cerebral palsy.

What is the Ketogenic Diet?

The ketogenic diet is a diet that is very high in fats, moderate in proteins, and low in carbohydrates.

With a keto diet, 90% of your diet consists of fats.

When you eat this way, your body produces chemicals called ketones and your body enters a state of ketosis.

The diet is supposed to mimic your body in a fasting state. Therefore, instead of using glucose, it burns fat as its primary source of fuel.

How a Ketogenic Diet Can Help Cerebral Palsy Patients

As previously mentioned, the ketogenic diet was originally developed to treat seizures in children.

Nearly 30-50% of children with cerebral palsy will also have epilepsy (recurring seizures).

Epilepsy is not directly related to cerebral palsy, but the two conditions co-occur commonly enough that they’re considered associative conditions for one another.

They’re both caused by damage to the brain by events like lack of oxygen, stroke, severe head trauma, birth defects, and infections.

Ultimately, the ketogenic diet proves to be an effective treatment for epilepsy, but not cerebral palsy.

It’s ideal for people with epilepsy that aren’t responding to anticonvulsants or seek a more natural alternative to medications or surgery.

However, if you have cerebral palsy and don’t experience seizures, adopting a ketogenic diet may not be necessary.

How Does the Ketogenic Diet Work?

The mechanisms behind why a ketogenic diet helps prevent epilepsy have yet to be fully understood.

One of the leading theories is that keto alters neuronal metabolism.

Usually, our bodies use glucose from carbohydrates to produce energy quickly. This rapidly accessible energy can fuel seizures.

When you adopt a ketogenic diet, glucose levels become low and the brain begins using ketones for energy.

Side Effects of the Ketogenic Diet for Cerebral Palsy Patients

Before switching to a ketogenic diet, make sure to consult with a healthcare professional.

Not everyone will respond well to a ketogenic diet and a healthcare professional can help regulate the diet.

Side effects of the ketogenic diet include:

Is a Ketogenic Diet Ideal for Children with Cerebral Palsy?

Unlike adults, children are still in the process of growing and their diets directly affect their growth.

To ensure you stay in a state of ketosis, a ketogenic diet requires careful planning and precise measurements.

Even just one non-keto meal will take your body out of ketosis and can cause a seizure.

Putting children on such a restrictive diet so early can subject them to develop harmful dieting habits.

Many children with cerebral palsy have feeding problems and adding further dietary restrictions can be harmful to their health.

Similarly, we all know how picky children can be when it comes to food.

Many children may not have the palate to carry out a ketogenic diet long-term.

However, children who do respond well to a ketogenic diet have reported significant reductions in seizures and many become seizure-free.

It’s suggested that it is easier to start keto for younger children who have yet to establish their eating patterns.

A ketogenic diet can be beneficial for cerebral palsy patients experiencing seizures.

The high fat, moderate protein, and very low carb diet manipulates the brain to use ketones for fuel instead of glucose.

Glucose provides quick energy that can boost neuronal excitability and cause seizures. By changing the body’s source of energy to ketones, the nerves are less excitable which reduces the occurrence of seizures.

A ketogenic diet isn’t for everybody because it’s so restrictive. Not everyone will react well to a ketogenic diet, but those that do often see significant improvements in seizure reduction.

That’s a wrap! Hopefully, this article helped you better understand if a ketogenic diet is right for your child.

Keep It Going: Discover a home exercise program for CP that’s actually fun to do! 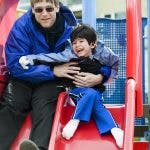 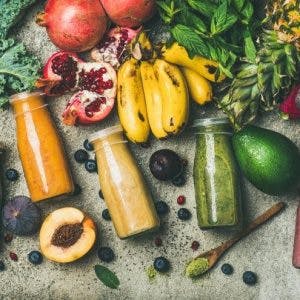