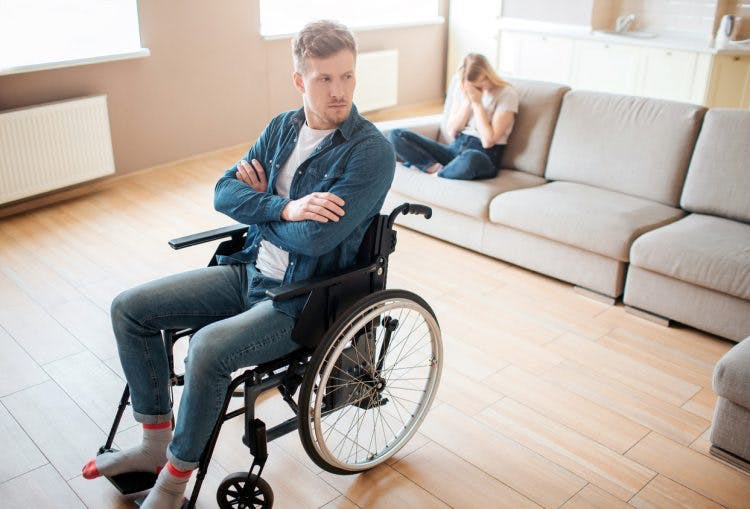 If your loved one appears more self-centered after stroke, try not to take things personally.

Usually, self-centered behavior has nothing to do with vanity or selfishness. Rather, it’s often a side effect of the neurological impact of stroke.

To help you cope with this change in behavior, you’re about to learn why self-centeredness might happen, and how to cope in the meantime.

What Causes Someone to Become Self-Centered After Stroke?

After a stroke, self-centered behavior might be caused by damage to the right supramarginal gyrus.

The right supramarginal gyrus is the part of the brain responsible for empathy. It gives us the cognitive ability to put ourselves in another person’s position and feel for them.

If a stroke occurs in this area of the brain, individuals may lose the ability to empathize with others and become unaware of how their behaviors impact those around them.

Similarly, a stroke in the frontal lobe may also cause self-centered behavior. The frontal lobe plays a role in regulating emotion and controlling impulsivity.

Sometimes frontal lobe strokes result in childlike behavior, which may coincide with self-centered behavior, too.

Try to remember that appearing self-centered after stroke is not personal. It’s usually the impact of the stroke that causes this side effect.

This brings up a good question: how long will it last?

Is Self-Centered Behavior After Stroke Temporary?

It’s important to understand that not all strokes cause self-centered behavior and that everyone copes differently.

The good news is that some stroke side effects go away on their own — a phenomenon known as spontaneous recovery. Just give it time.

If you don’t want to wait around to see if things improve, then you can take action by helping your loved one receive psychological care after stroke.

Through different modalities like therapy, stroke patients can work to regain the skill of empathy. It takes different amounts of time for everyone.

Fortunately, psychological care works in a virtuous cycle: the more care you seek, the better things will get. This is due to neuroplasticity, the brain’s ability to rewire itself.

Empathy can be learned and developed, even in adulthood. With conscious effort, we can change our personalities and increase our capacity to have compassion for others. It just takes time and effort.

The more you practice being mindful of others, the stronger the rewired neural pathways for empathy become.

Tips for Coping with Self-Centered Behavior After Stroke

If you’re struggling with self-centered behavior after stroke, here are some tips:

1. Gently Bring it Up

If your loved one is being self-centered after stroke, understand that they are going through a difficult time, but also make them aware that personality changes after stroke are normal.

Many times, when someone is acting self-centered, they are unaware of it.

Your loved one likely knows that their personality has changed after stroke, and just needs a reminder when they are acting out to be mindful of their behavior.

To avoid offending the individual, be sure let them know gently.

2. Take Care of Yourself as the Caregiver to Avoid Burn-Out

Caregiver burn-out is real, so don’t forget to take care of yourself!

Try to arrange some time for self-care every week where you can relax and do things that bring you joy.

It isn’t selfish to take time for yourself. The better you are at taking care of yourself, the more prepared and refreshed you will be to take care of your loved one.

Self-centered behavior can present itself in aggressive, dismissive, and demanding manners.

If your loved one acts out on you, understand that it is not you who they are actually upset with, but rather themselves and their difficulties coping after stroke.

Simply do what you can to help. If it’s not one thing, it’s likely going to be something else.

Especially for caregivers taking care of recent stroke survivors, let your loved one do things on their own.

It’s completely understandable that you want to help your loved one as much as possible, but doing everything for them is not sustainable in the long run.

In fact, you might unintentionally raise their expectations and promote self-centered behavior.

Once you start taking care of them less, they may begin to think that you don’t care as much as you used to.

Encouraging your loved one to try things on their own is healthy and will help them realize that you’re there to support them if they need it, not to do everything for them.

Support groups aren’t only for the stroke survivor.

Being a caregiver can be both physically and mentally draining. Talking to other caregivers or stroke survivors will help you understand that you’re not alone.

It can also be a great resource where you can ask questions and get information about any concerns.

You don’t even need to leave your home! There are many online support groups (like Flint Rehab’s Stroke Support Group on Facebook) you can join to discuss your stroke-related experiences.

If your loved one is being self-centered after stroke, understand that it might be caused by damage to the brain and that it’s not necessarily their fault.

Luckily, empathy can be learned, and the brain can be rewired to recover this cognitive skill.

Self-centered behavior can be managed, so don’t lose hope!  Your loved one may not be the same person they were before their stroke, but that doesn’t mean they can’t be better.

Get our free ebook filled with 14 pages of rehab exercises featuring photos of licensed therapists. Sign up below to get your copy! 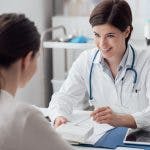 Numbness After Stroke: How Long It Lasts & Steps for Recovery 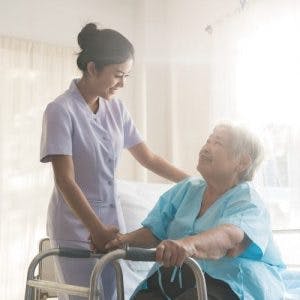 Possible Effects of a Stroke: Understanding the Aftermath