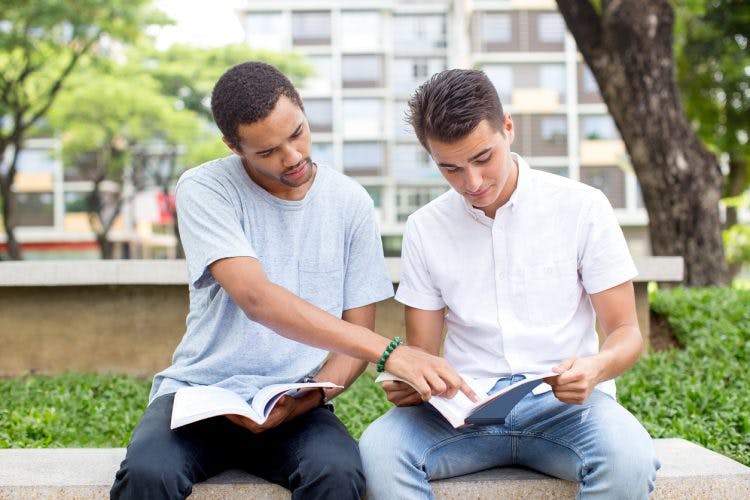 Some brain injuries can impair the reading ability of previously literate adults. This condition, known as pure alexia, can be very frustrating. However, it is still possible to learn how to read again after brain injury.

Today’s article will discuss the causes and symptoms of pure alexia, plus some strategies for learning to read again after brain injury.

Pure alexia impairs a person’s ability to comprehend the written word. It occurs after an injury to the rear part of the brain’s left hemisphere.

One strange aspect of alexia is that people with this condition can still listen, speak, and even write like they did before their injury. They just cannot read, even if it’s something they wrote themselves.

This fact has led researchers to argue that pure alexia is not truly a language disorder as one would expect, but a visual processing disorder.

In addition, alexia patients often struggle to recognize numbers and certain objects. This supports the idea that alexia is a visual impairment.

There are several strategies that speech therapists use to help people with alexia after brain injury learn how to read again.

Since every brain injury is unique, every person will respond differently to treatment. You may need to have the person try multiple types of approaches before finding the best one.

This program involves sounding out letters first and learning how to string them together, much like how the person initially learned how to read when they were young.

Attention is especially given to combination sounds (such as “th” “ch” and “sh”).

With enough practice, the brain will begin to rewire itself and recover the ability to read. Most of the time, the person’s reading speed will still be slower than it was before the injury, but it will at least be an improvement over not reading at all.

For patients with severe alexia, even simply recognizing and sounding out a letter is difficult.

In these cases, some therapists will try to help the person learn letters using something other than vision, such as their sense of touch.

The tactile/kinesthetic treatment has the person trace a letter they see onto their hand. By tracing it, the person is able to recognize the letter and what sound it makes.

Over time, the patients work their way up to naming each letter in a word, and then finally saying the word itself.

This method is slow and time-consuming, but it’s also quite effective. In this study, two of the three patients went from being unable to name a single letter to reading full sentences.

This therapy is for more advanced alexia patients who can still read words, just slowly.

Therapists have the patient re-read a text out loud for 30 minutes every day for one week. Then they give the patient a new text and start over.

In one study that lasted for two months, the patients showed drastic improvements in their reading speeds by the end of the study.

Other Strategies to Improve Reading After Brain Injury

If the above therapies do not work, there are still other ways to help someone read again after brain injury.

Some TBI patients might benefit from adaptive technology designed to help visually-impaired people.

For example, there are free programs available that convert online text to voice, which can help the person read websites. There is even technology that can scan physical books and translate them into speech.

If you can read but have trouble keeping your eyes steady, try cutting a small “window” out of a piece of paper and place it over the page you want to read. This will allow you to focus on one word at a time without losing your place.

For patients with visual field loss that impairs reading, Read-Right is a free, online therapy program that can boost your reading speed.

A speech therapist will also know good strategies to help people read again after brain injury. If you are not already seeing a speech therapist, schedule a consultation as soon as possible.

How to Read Again After Brain Injury

Learning to read again after brain injury will be a long and difficult process, but it is not impossible.

As with everything related to the brain, perseverance is the key to success. If you know someone who can’t read since their injury, encourage them to try the different strategies in this article every day.

The more they practice, the more they will rewire their brain to create the neural pathways needed to read fluently again. This phenomenon is called neuroplasticity, and it’s the main way the brain repairs itself after injury.

Regaining the ability to read will take a lot of work. But in the end, it will be worth it.