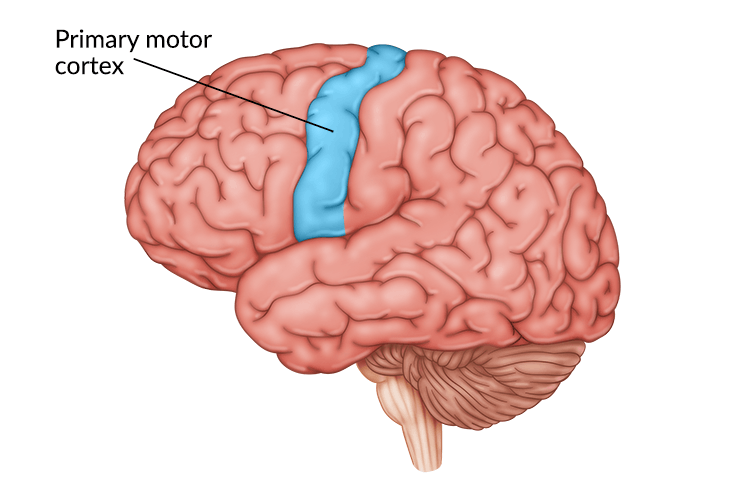 Fortunately, because of the brain’s neuroplasticity, it is possible to reverse some of the effects of primary motor cortex damage.

To help you overcome this type of brain damage, today you will learn what the primary motor cortex is, and what steps you can take to regain control of your movement.

What is the Primary Motor Cortex?

The primary motor cortex is a strip of brain tissue located in the frontal lobe. It is responsible for initiating purposeful movements. These purposeful movements include everything from moving your hands, arms, and legs to controlling facial expressions and even swallowing motions.

Signals from the primary motor cortex cross over the body’s midline to activate muscles on the opposite side of the body.

How the Primary Motor Cortex Works

The different areas of the primary motor cortex control different parts of the body.

Every single body part is represented in the primary motor cortex. However, not every part has equal amounts of brain matter devoted to it.

Complex movements that require more precise control take up larger amounts of space in the brain than simple motions do. For example, a significant portion of the motor cortex is devoted to finger movements and facial expressions, while a smaller portion of the brain is responsible for leg motions.

This fact explains why many brain injury and stroke patients struggle with fine motor control or facial paralysis. Because those movements are controlled by a larger portion of the motor cortex, they have a much higher likelihood of becoming damaged during an injury.

Besides causing general problems with movement, there are some specific signs that indicate damage to the primary motor cortex.

This refers to weakness on one side of the body. It is most common in stroke victims, but can occur after a traumatic brain injury as well.

If a person has damaged their left motor cortex, their right side will be weakened significantly. They may have trouble lifting their right arm, moving the fingers on their right hand, and the entire right side of their face might droop.

Deep tendon reflexes, also known as ‘muscle stretch reflexes’ are the involuntary reactions of a muscle when passively stretched by a tendon. These reflexes are often exaggerated in individuals with upper motor neuron syndrome, and can present as clonus or spasticity.

There are different types of overactive reflexes, which we will discuss next. They are: clonus, spasticity, and the Babinski sign.

Clonus is a condition caused by damage to the primary motor cortex. It creates involuntary muscle contractions.

The contractions are repetitive and rapid, and often occur in a rhythmic pattern. Contractions usually occur in the knees and ankles, but clonus can affect other areas as well, including:

Clonus occurs when the electrical signals sent by the brain to the muscles are interrupted. This can happen after direct damage to the motor cortex or damage along any of the descending motor pathways.

When the muscles don’t receive the proper stimulation from the brain, they don’t know whether to contract or relax. As a result, they end up doing both.

Spasticity is similar to clonus, and in fact, it sometimes is a direct result of prolonged clonus.

With spasticity, instead of rapidly contracting and relaxing, the muscles are in a constant state of contraction.

When this goes on for too long, the muscle fibers shorten and contractures may set in if the spasticity goes unmanaged.

Individuals with damage to the primary motor cortex or other motor neuron pathways may also present with The Babinski sign, which is another reflex.

The test for this reflex is performed by stroking the sole of the patient’s foot. If the person has an intact motor response, their toes will curl inwards. If, however, there is damage to the neural pathways, the big toe will stretch up and the other toes will fan out.

When an injury damages the primary motor cortex, the person will typically present with poor coordination of movements and poor dexterity. For example, the person usually loses the ability to perform fine motor movements.

Fine motor movements involve the muscles of the hands, fingers, and wrists. The ability to move each individually and coordinate movements is known as fine motor skills.

Some examples of activities that require fine motor skills include:

After a brain injury, these skills can become more difficult, if not impossible to perform.

The muscles of an individual who has sustained damage to the primary motor cortex typically fatigue very easily, therefore improving endurance will be a focus of therapy.

While it’s not possible to repair damaged neurons in the motor cortex, this does not mean you will never recover muscle control. In fact, it is possible to regain lost function after brain damage.

That’s because the brain possesses a remarkable healing ability known as neuroplasticity. This ability allows the brain to reorganize neurons and compensate for damaged areas.

This means the brain can actually change its structure so that different, undamaged portions take control of muscle movement.

How to Trigger Neuroplasticity

Neuroplasticity is the fundamental principle behind many physical and occupational therapy protocols, and you can activate it through repetitious exercise and activities.

At the beginning of brain injury rehab, the physical therapist will help you practice activating a particular muscle group. This part will take a lot of effort and concentration, because the brain will be laying down new neural pathways.

But the more you practice that movement, the more you will reinforce those pathways. After enough time, the new pathways will be fully established and the movement will become much easier to perform.

Therefore, the best way to overcome primary motor cortex damage is to engage neuroplasticity through exercise.

Why Home Therapy is Critical

To ensure that you recover from primary motor cortex damage, it’s crucial to do your therapy exercises as often as you can. One hour, three times a week is usually the most you can get from a rehab clinic, but continuing your therapy at home between sessions will help you to make real progress.

That’s why home therapy devices such as FitMi or MusicGlove are so helpful. They motivate patients to perform hundreds of exercises at home, all in a fun and engaging way.

This is critical, because the more exercises you do, the faster you will recover function.

Primary motor cortex damage can affect nearly every muscle group in the body.

The effects of damage to the primary motor cortex are serious. Fortunately, some of them can be reversed by activating neuroplasticity through exercise.

With enough practice, you can help your brain rewire itself until eventually, you can regain the strength to move your body once again. 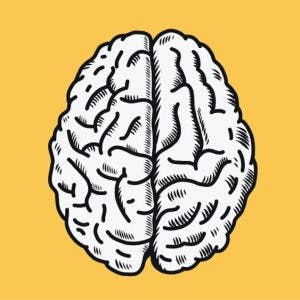 Right Hemisphere Brain Damage: What to Expect and How to Recover 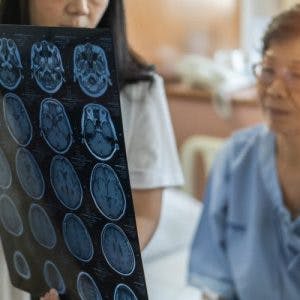