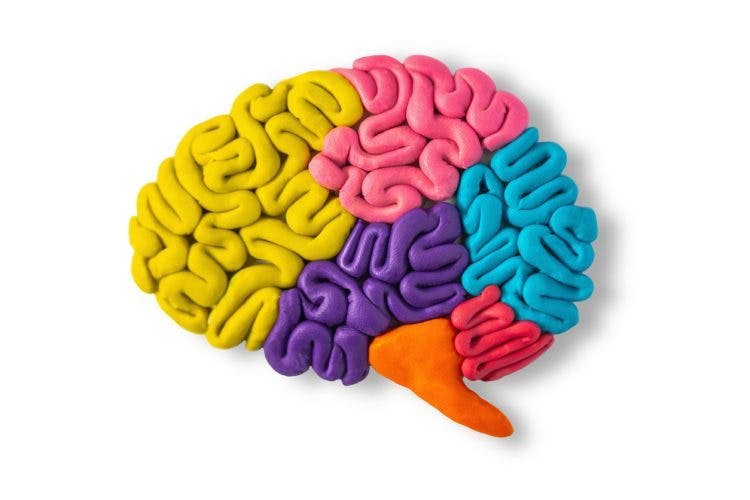 Cerebellar stroke recovery doesn’t get much attention because it accounts for less than 2% of all strokes.

To further the problem, a stroke in the cerebellum leads to much different symptoms and side effects than other strokes, making recovery more complicated.

We created this ultimate guide to cerebellar stroke recovery to fill the gap!

What Is Cerebellar Stroke?

When the supply of blood to the brain is compromised by either a clogged artery or burst artery, it causes a stroke.

When stroke happens in the cerebellum, it’s called a cerebellar stroke.

Most strokes are quickly diagnosed using the F.A.S.T. test. This acronym summarizes the most common stroke symptoms, which are: 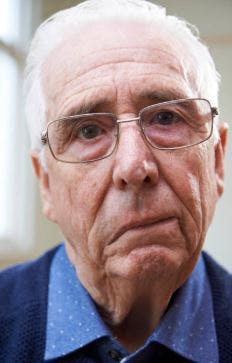 While 90% of people with stroke will exhibit these symptoms, cerebellar strokes might exude none.

Sometimes, people suffering from cerebellar stroke have intense vertigo and headaches, among other seemingly “benign” symptoms.

In fact, about 1-3% of people admitted to the emergency room for extreme vertigo are actually having cerebellar strokes!

Signs and symptoms of cerebellar stroke include:

*Vertigo is a huge one. About 3% of people rushed to the emergency room for vertigo are actually having a cerebellar stroke!

Next, we’ll talk about the cerebellum and the potential side effects of cerebellar stroke. 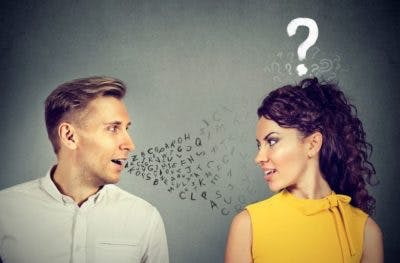 When this part of the brain becomes damaged, it cannot carry out functions like normal. Due to this impairment, stroke side effects occur.

The most common side effects of cerebellar stroke are:

Luckily, these symptoms can be treated through stroke rehabilitation! Before we dig in, let’s quickly discuss treatment.

Treatment for cerebellar stroke depends on the type of stroke: ischemic or hemorrhagic.

Ischemic cerebellar stroke occurs when a blood clot clogs one of the arteries in the cerebellum. Treatment for this type of stroke includes clot-busting drugs like tPA or aspirin.

Hemorrhagic cerebellar stroke occurs when an artery in the cerebellum bursts. This severe type of stroke is often treated through surgery.

Once the stroke has been treated, stroke rehabilitation can begin to heal the aftermath.

Next we’ll look at the treatment options available for recovering from cerebellar stroke. 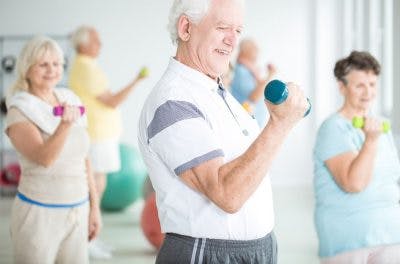 The best way to treat movement problems after stroke is with massed practice.

When you practice something, you activate neuroplasticity, the mechanism your brain uses to rewire itself.

For example, each time you repeat a leg exercise, you strengthen the neural connections in your brain responsible for moving your leg.

The more you strengthen these neural connections through repetitive practice, the smoother your leg coordination will become. 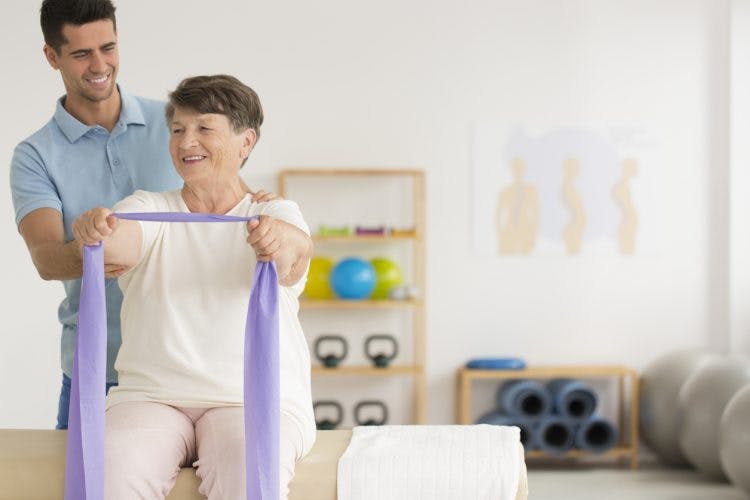 But what if you don’t have enough movement to start? How can you engage neuroplasticity when you can’t even move half of your body?

In order to recover from paralysis, you need to begin with passive exercise.

During passive exercise, you move your paralyzed muscles with either the help of your non-affected side or a therapist/caregiver.

Although you aren’t “doing the movement yourself,” this still helps activate neuroplasticity and rewire your brain.

As long as the intention to move your affected muscles is there, then you can work on relinking mind to muscle through neuroplasticity. 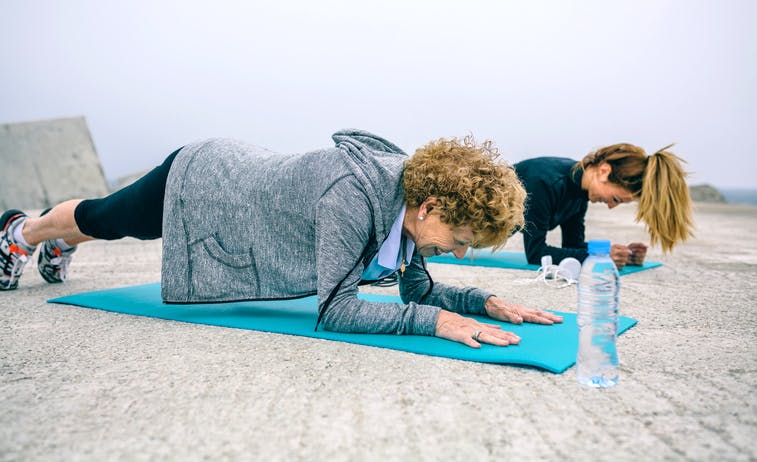 The balance issues that cerebellar stroke survivors face are often severe. However, you can overcome hard challenges with hard work.

The best way to treat balance issues is with physical therapy (i.e. stroke rehab exercise) and plenty of repetition.

Also, be sure to focus on more than just your legs.

Balance requires effort from your full-body, so make sure to exercise your legs, feet, and core! All these muscles work together to maintain coordination.

For an extra boost, our FitMi home therapy system covers all these bases. It has helped many stroke survivors regain balance after stroke. (You can read their stories here.) 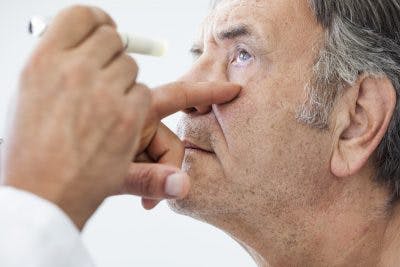 Good news! Repetitive practice is not limited to movement improvement.

You can use practice to get better at just about everything, including your vision.

Since your eyes are controlled by 6 different muscles, it’s possible to improve your vision by retraining those eye muscles.

Also, sometimes the vision center of the brain is damaged by stroke, and it’s possible to retrain your brain through vision therapy.

It can get tricky, but it’s worth a try, in our opinion.

For more information, see The Ultimate Guide to Treating Vision Problems After Stroke. 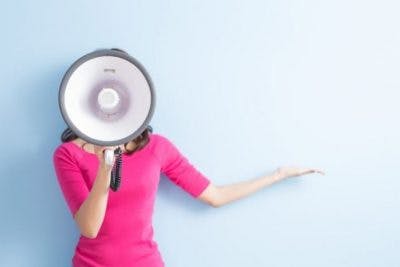 Sometimes cerebellar stroke affects your ability to understand speech or produce speech yourself.

This is a condition known as aphasia that can be treated with (…can you guess where we’re going to go with this?…) repetition!

You can practice various speech exercises to regain language skills after stroke.

We recommend starting by working with a speech-language pathologist. 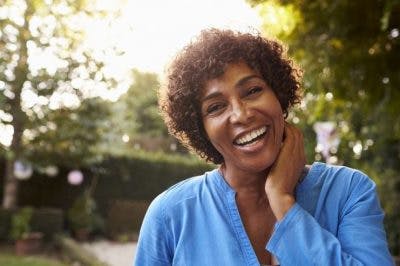 Sometimes cerebellar stroke leads to numbness, tingling, or difficulty sensing temperature on your affected side.

These are sensation problems that can be fixed with sensory reeducation exercises.

These exercises help retrain your brain and nervous system how to feel again. 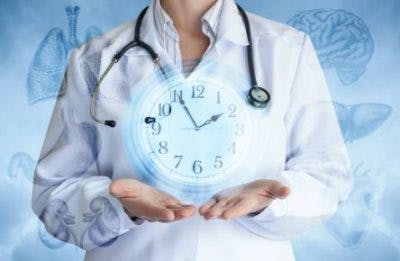 You might be wondering how long it takes to recover from stroke. This is a tough question to answer since every stroke is different and therefore every recovery is different.

But instead of focusing on how long others have taken to recover, turn your attention towards what you can do to speed up your own recovery form stroke.

With a strong stroke rehabilitation regimen, you can recover faster than the doctors predict. But you’ll never know until you try! 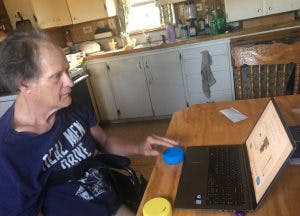 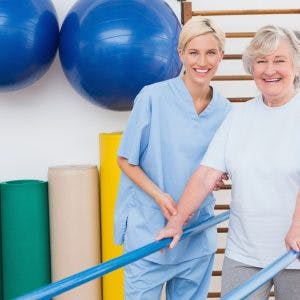 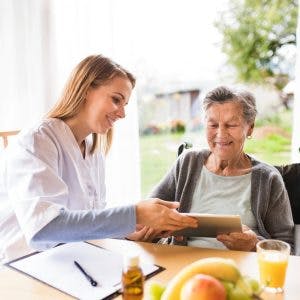