What is Acquired Brain Injury? Types, Causes, and Treatment 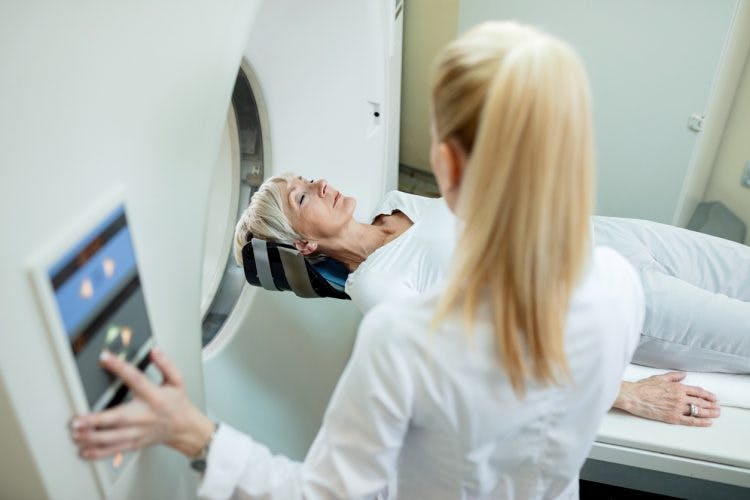 Today’s article will discuss each of these types in detail, as well as explain how they differ from classic TBIs.

What Is An Acquired Brain Injury?

Acquired brain injuries (ABI) are any kinds of brain damage that are not genetic and did not occur during birth.

In fact, ABI’s are typically split into two categories: traumatic and non-traumatic injuries.

We’ll look at some examples of non-traumatic brain injuries below.

Non-traumatic brain injuries can be just as severe as traumatic ones, and display the same symptoms.

Because these types of ABIs don’t occur after a physical injury, it can be sometimes hard to tell if the brain has been damaged. If you notice any sudden changes in the person’s mood, personality, or consciousness, get them to the hospital immediately. Early treatment can save a life.

The following are the most common non-traumatic acquired brain injuries.

An infection in the brain can destroy brain tissue and have devastating effects if left untreated.

Sometimes the infection occurs after a skull fracture when the brain is left exposed. More often though, bacteria will enter the brain through the bloodstream.

The blood-brain barrier normally protects the brain from infections by not allowing anything through. However, some bacteria and viruses can cross through this barrier.

However, because both viral and bacterial meningitis share the same symptoms, it’s vital to get yourself to the doctor as soon as you start displaying signs. Bacterial meningitis is a dangerous illness that can cause permanent disability and even death in a matter of hours. It should never be taken lightly.

Symptoms of meningitis include:

Fortunately, there are vaccines you can take to prevent most types of bacterial meningitis. Ask your doctor if your vaccinations are up to date.

Encephalitis refers to a swelling of the brain tissue. It causes damage similar to brain infections.

The most common cause of encephalitis is viral infections, but it can also be caused by autoimmune disorders and even allergic reactions.

Most cases of encephalitis are non-life threatening, with patients experiencing mild, flu-like symptoms such as:

Sometimes, however, encephalitis can be more extreme and cause the brain to push too hard up against the skull, which damages surrounding tissue. If you experience any of the following symptoms, get to a hospital immediately:

The sooner you can get the brain swelling under control, the less permanent the damage will be.

Brain tumors that push on a region of the brain can deprive it of oxygen, which leads to brain injury.

Sometimes surgery to remove it will fix the problem, but sometimes the surgery will only cause more damage. If the tumor is benign (non-cancerous) and not growing, some doctors will recommend leaving it alone, especially if it’s in a risky place.

If the tumor is cancerous, the doctor will most likely remove it and recommend chemo and radiation therapy. Unfortunately, the damage from the radiation itself can cause the person to experience many brain injury symptoms.

Technology is advancing, however, and there are now more targeted radiation therapies that can limit the amount of damage radiation inflicts on surrounding tissue.

Another type of acquired brain injury is a stroke. Strokes are cardiovascular events that cut off blood supply to the brain, depriving the brain of oxygen and other nutrients.

There are three main types of stroke that a person can experience:

It’s critical for everyone to know how to identify the signs of a stroke so that they can help a person get immediate treatment. The sooner a stroke gets treated, the greater the chance of a full recovery is.

You can easily remember the three most common stroke symptoms by using the acronym FAST:

Other symptoms of stroke include dizziness and a sudden, piercing headache.

Oxygen deprivation is a major cause of acquired brain injury. The two primary types of brain injury caused by oxygen loss are hypoxic and anoxic brain injuries.

Hypoxia refers to reduced oxygen to the brain, whereas anoxia refers to a total loss of oxygen. Both can cause catastrophic damage, but anoxic injuries are the more dangerous of the two.

Oxygen deprivation can be caused by a number of things, such as:

It does not take long for brain damage to set in once oxygen is cut off. In fact, minor brain damage can occur after only one minute without oxygen, and severe, lasting damage will happen after only four minutes. By the five-minute mark, the person is at grave risk of brain death.

Other Causes of Acquired Brain Injury

There are several more types and causes of acquired brain injury than the ones listed above. These include:

Whether your brain damage was caused by a traumatic or non-traumatic injury, whether it was from an infection or stroke, treating it will all involve the same strategy: activating neuroplasticity through exercise.

Neuroplasticity is the mechanism your brain uses to repair itself after injury. It allows undamaged portions of the brain to take over functions from damaged areas, and it’s how people are able to regain the ability to speak or walk even after a serious injury.

The best way to activate it is through repetitious exercise. Therefore, if you want to know how to recover from brain injury, you’ll need to get started with physical therapy.

The more you stimulate your brain through exercise, the less severe your acquired brain injury symptoms will become. Eventually, you will even regain function.

To do that, you must stay committed to therapy every day. There’s no easy way out.

Achieving a good recovery from acquired brain injury will take work, but it will be worth it in the end.

Prefrontal Cortex Damage: Understanding the Side Effects & Methods for Recovery 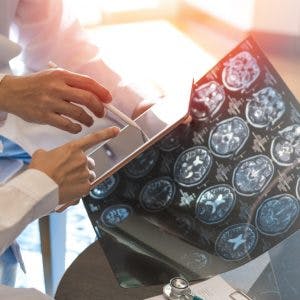 Damage to the Amygdala: Functions, Symptoms, and Treatments