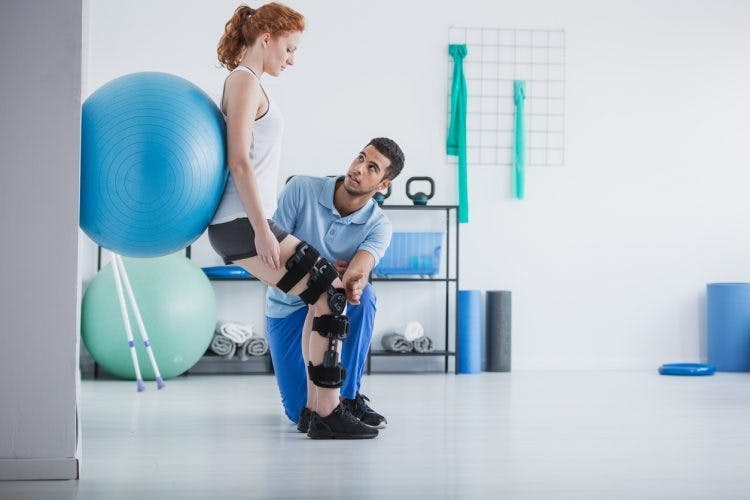 A massive stroke is a significant medical event that affects the brain. It can be fatal or lead to significant secondary effects such as coma or paralysis. While the prognosis can be grim, there is hope for massive stroke recovery.

This post will explain the potential secondary effects of a massive stroke and steps you can take for rehabilitation. The journey may be long, but with the right approach, many massive stroke survivors can recover.

What Is a Massive Stroke?

Before we dig into that process, it helps to understand the prognosis for a massive stroke.

Medical experts often use the NIH Stroke Scale to determine the severity of a stroke. Patients that score between 21 and 42 (the highest possible score) are considered to have suffered a massive stroke.

Therefore, it’s important to follow through with rehabilitation to see what type of recovery is achievable. While one specialist may claim that recovery plateaus after 1-2 years, you might prove that you can see gains up to 5 years later.

In order to get the most from rehabilitation, it helps to understand how the brain recovers from damage like a massive stroke.

How the Brain Recovers After a Stroke

Massive stroke recovery revolves around healing the brain to restore function in the body. Fortunately, the brain has an innate ability to heal itself after injury, even large injuries like a massive stroke.

Through the phenomenon of neuroplasticity, healthy areas of the brain can take over the functions damaged by stroke. While the recovery process takes time and hard work, there is hope for recovery.

Neuroplasticity occurs based on experience. Whatever you are repeatedly exposed to, or whatever you repeatedly practice, are the skills that your brain becomes more efficient with.

This is why stroke survivors often start rehabilitation before they are even discharged from the hospital. The medical team needs to expose the brain to therapeutic experiences to get the recovery process started as soon as possible.

Up next, you’ll discover what side effects commonly occur after a massive stroke. Then, you’ll learn over a dozen rehabilitation methods you can use to keep recovery going.

The location of the stroke has a substantial impact on the side effects experienced. For example, a left-hemisphere stroke is more likely to lead to language difficulties than a right-hemisphere stroke; because the language center of the brain resides in the left hemisphere.

Talk to your neurologist to understand where your stroke occurred. This will help you better understand what to expect after a massive stroke.

Here are the most common side effects of a massive stroke:

This is not a complete list because some massive strokes will differ from others. However, these are the most common side effects reported.

Next, we’ll discuss methods for recovery.

With that said, here are the best rehabilitation methods for massive stroke survivors:

After a massive stroke, it’s important to keep the limbs moving and stretch them with ROM exercises. This will help prevent spasticity from worsening and help prevent bedsores.

Your physical therapist will help guide you through therapeutic exercises that will help retrain the brain to control your muscles. After discharge from inpatient therapy, it’s important to continue with PT at home.

If you struggle with paralysis after a massive stroke, then physical therapy exercises might not be accessible on your own yet. Fortunately, you can start with passive exercise. This is the starting point for many patients during massive stroke recovery.

Passive exercise involves moving your body parts without exerting effort. For example, you can move your affected arm with your non-affected arm. Although you aren’t “doing it yourself,” this movement still helps spark neuroplasticity.

Constraint-induced movement therapy can help when arm paralysis occurs after a massive stroke. It involves restricting the non-affected arm while forcing use of the affected arm. This type of rehabilitation therapy is difficult, which can be frustrating for the patient, but it’s clinically proven to be effective.

When you ask your medical team what to expect after a massive stroke, and you suffer from hand paralysis, they will likely suggest participating in mirror therapy.

Mirror therapy can help patients recover hand paralysis by tricking the brain into thinking you’re moving your affected hand. It’s likely that your inpatient rehabilitation center will use this therapy, as it’s growing in popularity due to its effectiveness.

Another great way to spark neuroplasticity is by visualizing your affected limbs moving. In the stroke rehabilitation field, this is referred to as mental practice or motor imagery. Best of all, it’s clinically proven to help improve motor deficits after stroke.

It can be tempting to skip simple rehabilitation techniques like mental practice because of its simplicity. Don’t underestimate it, though. During massive stroke recovery, multiple approaches to rehabilitation can help boost results.

Massive stroke survivors that struggle with severe spasticity may benefit from botox injections. This drug helps temporarily reduce spasticity. Although the results are temporary, patients can use the improved mobility to practice rehab exercises. That will address the root cause of the spasticity, leading to long-term results.

Electroacupuncture is a treatment that combines electrical stimulation with acupuncture. When combined with physical therapy, it has been found to help improve spasticity in patients during massive stroke recovery.

Alternative treatments are making their way into the stroke rehabilitation field. Don’t be surprised if you ask your therapist what to expect after a massive stroke and they mention some form of electrical stimulation.

If you have some ability to speak, but you need help improving your speech and cognitive abilities, then speech therapy can help. Working with the experts (Speech-Language Pathologists) can also help you regain the ability to swallow, too.

There can be a great need for speech therapy during massive stroke recovery. Many patients will receive help from an SLP for several months after stroke, and then need to continue with therapy at home to continue rehabilitation. Apps like the CT Speech & Cognitive Therapy App can help with this.

If a stroke patient cannot talk at all, they might be able to sing their words. That’s because singing is controlled by the right hemisphere while talking is a left hemispheric function. Singing therapy takes hard work, but it provides hope for getting your voice back.

If you struggle with changes in sensation after massive stroke, like numbness or tingling, then sensory reeducation exercises can help. They retrain the brain how to process sensory input, which may help improve sensory issues like numbness.

A massive stroke is a significant medical event that can alter major abilities, such as movement and communication. Although the side effects can be severe, the brain is capable of recovering from the damage through therapy.

Patients who survive a massive stroke should participate in rigorous rehabilitation programs to recover as much movement as possible. Other therapies recommended by the medical team, such as speech therapy, should also be pursued.

The road to recovery will look different for each massive stroke survivor. Patients can find hope in neuroplasticity: the brain’s innate ability to rewire itself and bounce back from injury.

You’re on a Roll! See how Jerry is regaining movement with FitMi home therapy 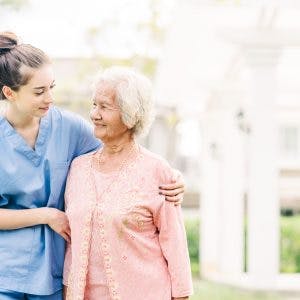 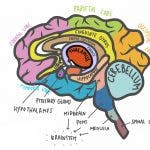