Understanding the 7 Most Common Complications of Traumatic Brain Injury 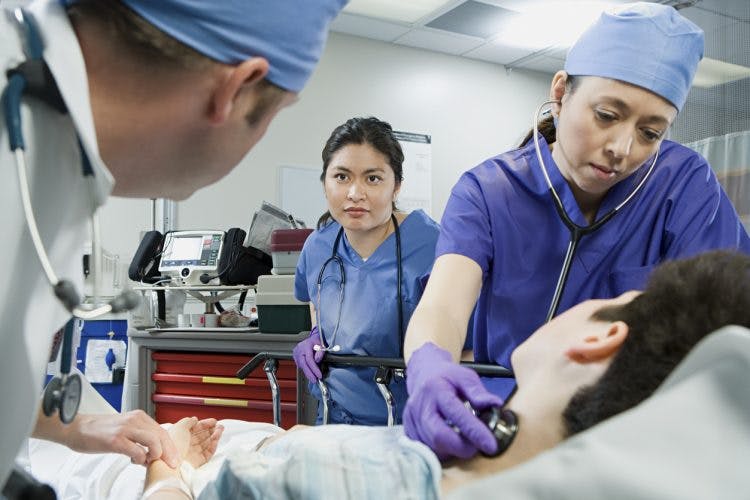 There are several complications of traumatic brain injury that can arise during treatment.

These complications can cause serious damage. That’s why doctors try to address them as soon as possible.

Today you’ll learn the most common complications of brain injury and their signs. This will help you know when to seek immediate treatment.

Most TBI complications occur within the first few days after injury. Still, many can appear even after the person returns home from the hospital.

The most common complications of traumatic brain injury are:

We’ll discuss each of these problems in more detail below.

Seizures are most prevalent in patients with penetrating brain injury, where the percentage of those that develop seizure reaches almost 65 percent.

Some patients who experience seizures will go on to develop post-traumatic epilepsy; however, experiencing an early seizure does not increase the risk of epilepsy.

Causes of hydrocephalus are infections, such as meningitis, or hematomas.

Infections are a dangerous complication of traumatic brain injury. Most infections occur in the lungs and the bladder, but some can affect the brain itself.

This usually only happens if the brain was exposed to the outside, such as after an open head injury.

The first evidence of infection is a fever; however, other conditions can also cause fevers, which is why doctors must run several tests to find the source of the fever.

If the fever is caused by an infection, the patient will receive antibiotics immediately. If the fever is a result of some other complications, it will require different treatments.

This condition causes the body to form extra bone, usually on large joints such as the shoulder or hip. For reasons still unknown, it occurs in about 10-20 percent of brain injury patients.

Signs of heterotopic ossification include:

Deep venous thrombosis (DVT) occurs in over 50 percent of TBI patients, making it one of the most common complications of traumatic brain injury. It is also one of the most deadly.

DVT refers to blood clots that form in the arms and legs. These clots can break off and travel to the lungs, causing serious damage and possibly death.

Signs of DVT include:

When in the hospital, patients are monitored closely and sometimes given blood thinners to reduce their risk.

If a blood clot reaches the brain itself, the patient can suffer a stroke, which will further worsen their condition.

Most traumatic brain injuries will cause cranial nerve damage that results in compressive cranial neuropathies. These neuropathies cause problems in the face and eye muscles.

The most common types of cranial neuropathies are:

Sometimes, these problems are not noticed until after the person begins rehab.

Most cranial neuropathies will resolve on their own once the nerve heals.

Skull fractures usually accompany penetrating brain injuries and can tear the membranes covering the brain. This will cause a CSF leak.

The tears can also allow bacteria and air into the brain, causing serious infections. When air enters the brain cavity, this is known as pneumocephalus.

Most cases of pneumocephalus display no symptoms and usually resolve on their own, but sometimes it requires treatment. Treatment typically involves lying flat and receiving pure oxygen and antibiotics if needed.

Understanding the possible complications of brain injury is crucial to prevent further injury.

Doctors and nurses do their best to catch most of these complications early, but they are only human and have multiple patients to care for. That’s why family members should stay alert to the signs of TBI complications. They are often the ones that spot small changes first.

If you notice any of these symptoms in your loved one, tell the medical staff what you see. The earlier a complication is detected, the sooner it can be addressed, which will improve the person’s chances of making a good recovery.